I’ve had a few Jasbirnandra - what qualities do you prefer and what budget do you have?
Owner www.sablonaudio.com, Positive Feedback & 6Moons award winning custom audio cables 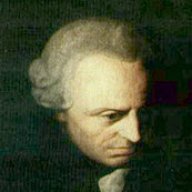 First, here's a long running thread (since 2005) on Head-Fi.org titled: The Reference 6SN7 Thread
Since the best 6SN7s were made some time ago, the material is not out of date. The first post, a synopsis of types with user comments is worth a read. It's been awhile and I'm not up to date on the later pages, but a 57 page thread likely has some gems in it.

My 6SN7 experience is largely with Atma-Sphere and Berning amps and the A-S MP-1 preamp, a few years back. Excellent electronics.

GTBs weren't my first tube of choice, but the go-to names of that varietal that I remember are Sylvania green and yellow labels and RCA. They were among the easiest to find NOS. The GTBs I tried were from the 60s and 70s. The tended to be a bit warmish, with softer rounded transients and a bit weak on articulaion in the low bass - but they had rich midrange tonality. Resolution is okay but can't match other 6SN7s from earlier dates such black glass Ken-Rads and various VT-231 types from the 1940s and 50's. A grail tube is the 1952 Sylvania 6SN7GT. RCA grey glass are generally fine though a touch laid back. There are a ton of variations on construction for all of these and on some there are different names for the same tube. Most all will last a looong time.

Modern 6SN7s from the likes of Electro-Harmonix I considered 'back-up' tubes. There were also some Chinese variants (Shuguang) for a while that some people touted, but the ones I tried did not live up to their price and hype. They may still be around and their products different from what I knew. Sovteks? Meh.

The Guy for 6SN7s is Andy Bowman of Vintage Tube Services - highly knowledgeable and honest. His Web pages don't always show what he currently has. I suggest calling him to discuss specific needs.
See my Mahler thread here.
Likes: jazdoc and christoph
A

If I could do things all over again, I would purchase a set of 6F8G to 6SN7 adaptors off eBay, and purchase Tung Sol Black Glass Round Plate 6F8Gs. These are the equivalent of the Holy Grail Tung Sol Black Glass Round Plate (BGRP) 6SN7s, which I own. Difference is the adaptor is ~$15 and the 6F8G can be had for ~$180, whereas the 6SN7s are upwards of $300 and usually not NOS, and typically have hairline cracks in their bases, and also, reportedly by many, have a smaller soundstage and image size.

Since discovering that the 6F8G is a 6SN7 equivalent, I have purchased the National Union 6F8G Round Plates, and in my system are the equal of my Sylvania Bad Boy 6SN7s, but not as good as the Tung Sol BGRP. I plan on replacing my current BGRP 6SN7s with 6F8Gs for less than half the cost of 6SN7s when they die.

1950's RCA GTBs have a slightly warm sound, very open soundstage, liquid mids, and a smooth top-end. A great tube at a reasonable price.
The RCA 6SNTGT/VT-231 is warmer and more lush with deep bass. RCAs will work well with a neutral 6SN in multi-tube stages such as cathode followers. The early GTBs are more articulate and sweet than 1960s & 70s. Very organic and sweet.
Tung Sol GTBs 1950s & 60s are clean and detailed with smooth extended highs. Very accurate presentation similar to Sylvania GT's.
The Head-Fi reference is an excellent resource for 6SN tubes. 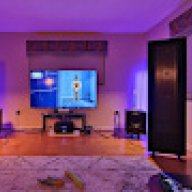 And just a little history on the 6SN7 vacuum tube, this is a good little read...

Chops said:
And just a little history on the 6SN7 vacuum tube, this is a good little read...

The Best General Purpose Dual Triode
Click to expand...
This posting has been here awhile and I just noticed it. Thanks for posting such a good article about 6SN7 history. I thought I'd read them all.
Likes: Chops