A Review of the Aqua Acoustic Quality LinQ Network Interface

For starters, this review is almost as much about the SOTM Neo (+ capacitor upgrade) streamer + the Sonore LPSU combo as it is about the LinQ, allow me to explain.

As we have all experienced some level of quarantining and social distancing our systems and good music becomes even more important, especially if you’re an audiophile. And with that excuse in mind, I was eyeing the next digital input upgrade - either a music server or a streamer/renderer. Not long ago I had purchased a SOTM sMS-200ultra Neo streamer/renderer (long enough name?) and a Sonore Signature Linear Power Supply with the optional Cardas DC3 output cable. The match yielded top notch sonics and bettered my Sonore ultraRendu + Sonore Audiophile Linear Power Supply. The Neo + Sig LPSU added a bit more clarity, more meat on the bones and slightly better dynamics. After reading about SOTM’s Neo available upgrades I decided to upgrade the Neo’s power supply cap, an option SOTM offers but with a lesser quality cap than I used (I used an Audio Note + ConneX silver hookup wire). The sound bloomed further with a slightly quieter background and tighter bass. Adding Stillpoint minis and IsoAcoustics Oreas to the streamer and LPSU was icing on the cake – a truly first rate and versatile streaming setup at a moderate price, especially if found on the used market. That was April and, seemingly like COVID-19, the upgrade itch never goes away.

I heard about the LinQ last year, however no reviews were available. This spring I contacted one early purchaser who had no meaningful baseline for comparison, a stock Mac mini or laptop vs. adding the LinQ – surprise, it’s better than without. Finally, a review emerged comparing the LinQ directly to CH Precision gear and the results were quite positive. As a believer in I2S and its engineering – based and purported benefits, plus being an owner of a Formula xHD Rev. 2 DAC, it seemed a perfect fit.

I inquired with Mike of Suncoast Audio out of sunny Florida for a demo unit. He replied, “Can’t do a home demo since I can’t keep them in stock!” My thoughts were – if I really don’t like it, I can sell it at a reasonable loss especially if they’re currently selling so well. And so I told Mike to count me in for the June batch. Currently Roon or UPnP DLNA modules are available. I opted for the Roon module although I understand a HQPlayer – compatible NAA module is in the works. Given the choice I would have opted for the NAA module; it is simply sonically better than Roon in my system.

As with the Formula the LinQ arrived double boxed and safely transported. It’s the identical enclosure to all Aqua gear with a thick aluminum front faceplate and an anti – resonant coated cover assembly. Simple. Stylish. Functional. The LinQ setup is incredibly simple – power, network and link to DAC and go! It linked to my PC’s Roon Server and was ready to play. After a few songs where I tried to not form any judgement (like it sounded a bit lean but with uber – fast transients) I let it burn in for about 180 hours.

The review (about time)

With a direct comparison to the Neo + Sig LPSU combo the LinQ’s sound stage width, height and depth know no boundaries. On certain well – recorded tracks the illusion of instruments not only placed inside and outside the speakers but from directly behind the speakers emerged. I’ve only heard that one other time in a Wilson XLF / Lamm / Continuum Caliburn TT – based system in a well - treated and balanced room. Furthermore, on Michel Camilo’s Triangulo, a fabulously recorded Telarc CD including uber performers Anthony Jackson on bass, Horacio Hernandez on drums and of course the piano prodigy Camilo on ivories instruments are precisely placed horizontally and vertically, more so than with the Neo/Sig LPSU combo. Less amorphous blobs and more coherent shapes emerged. 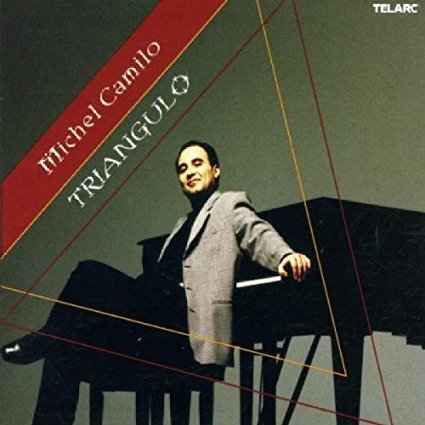 Also, the LinQ’s wider, more wrap – around sound stage puts you more convincingly in the audience. In terms of sounding more analog as folks like to say, the timber is closer to real instruments with the LinQ. Camilo’s piano attack and decay are astonishingly real as are the wood block initial “Ticks’ and following “Tttt Tttttt” decays. An affect the LinQ clearly pulled ahead vs. the less costly setup. Lastly this SACD reveals incredibly fast transients both leading and trailing. Any bassists and drummers not in sync and drummers not in the pocket are outed, for better or worse.

In another exemplary recording and performance – Hugh Masekela’s Hope on DSD, several descriptors come to mind – realism and micro / macro dynamics. While at most audio shows or folks wanting to show off their system, they focus on the last track, Stimela, I highly encourage folks to explore the entire SACD. 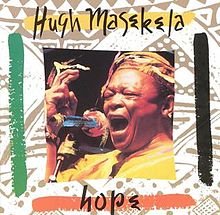 A stand – out track is Nomali, an excellent song that goes from laid back to punchy and hyper – dynamic with the LinQ. Sound stage depth, height and width are formidably expressed, more than with most music. It’s another “you are there” SACD and this one was indeed recorded live. Coupled with dual Wells Innamorata amps, the Vivid Giya G2S2s simply sing and never shout irrespective of level and the LinQ shows the way more than I would have expected. It guides with confidence, prowess and never deviates from ultimate sonics.

Remember when I said this review is almost as much about the SOTM Neo (+ cap upgrade) streamer + the Sonore LPSU combo as it is about the LinQ? Well it’s because for the clams the Neo w/cap upgrade + Sonore LPSU is no slouch. In fact, depending on the resolution capabilities of your system and your room treatment setup (or lack thereof) the delta may not be that much or worth the clams. After burn – in and listening to the LinQ for a few days I did an A - B rinse, repeat with both streamers simultaneously connected and with a simple flick of a source switch on the DAC and Pause - Play click a comparison with a five second delay was possible. Switching back and forth a few things stand out, the old removing a veil analogy, dynamics, and ultimate realism. We’re not talking tons of difference here and had I not heard the LinQ I’d be happy with the Neo/Sonore LPSU combo. But once you hear the difference (again if your system can realize the benefits) you simply cannot go back. I recall thinking, if I did this comparison on my office system with my NuForce DAC and amp and ELAC Adante monitors with minimal room treatment I’d probably keep the less expensive setup and spend the moola saved on a better amp. But I could be wrong. 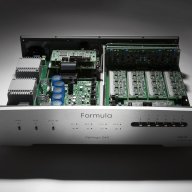 Thanks for sharing your impressions of your new LinQ!
Last edited: Jul 27, 2020
Toggle signature
Scott Wylde
Reactions: sbo6
You must log in or register to reply here.

New review of the Aqua LinQ from hi-fi news

Welcome to Aqua as a What's Best Forum official sponsor!

S
Why no universal agreement on which is best in computer audio: Usb, Spdif, Aes/Ebu, i2s, coax?

Computer Based Music Server Forum May 25, 2020
spiritofmusic
S
C
Researching an "affordable" Roon server/streamer, and my choice is ...