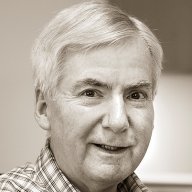 I just swapped out my Stax SR-009S headphones from my Computer Desktop System for the new Stax flagship, the SR-X9000. It's only Day One, but the change was immediately and clearly audible and not very subtle. Everything else about the system remained the same. Not only was the sound obviously different, it was also obviously better:

-The midrange is even smoother and less colored on voices.
-The overall sound is yet clearer and cleaner, but this has not been purchased with additional brightness or exaggeration of the highs.
-The midbass through lower midrange has greater warmth and body.
-The bass is more extended at the bottom and has greater power and punch.
-And, yes, the presentation is yet "larger" and more "open" in all dimensions.

As very fine as the prior Stax flagship SR-009S headphones sound, the new SR-X9000 phones sound yet finer and not in a subtle way. If I had not heard it, I would not have believed that the new flagship could be so obviously superior. The SR-009S in my system was already at least the overall equal of any other headphones I've heard, including the best of the other modern electrostatics and planar ribbon models I heard at this year's AXPONA.

As remarkable as the SR-X9000 is sonically, the physical improvements are even more obvious and inviting:

-The headphone cable is now detachable. Two different Stax cables come in the box with the headphones. a 1.5 meter and a 2.5 meter. Since I sit at a desk with my headphone amp nearby, I'm using the 1.5 meter cable.
-The new headphones officially are just a few grams lighter than the old ones. But in my hands and on my head they feel MUCH lighter. The new flagship headset also looks quite a bit more compact than the prior one, despite the fact that the earcups are at least as large and the drivers are larger.
-The SR-X9000 looks and feels sturdier and better made.
-The headphone band's range of adjustment is much more reasonable. My headsize is now right in the middle of the adjustment range where before I needed to move it to the next to smallest notch to fit.
-The headphones are more comfortable on my head. The center of gravity of the headset is now much lower, as it should be, and feels close to the earcups. The SR-009S had a much more massive supportive metal band much further above the headband than does the SR-X9000. The supportive arch on the new phones is thin bands of stainless steel and it is positioned much closer down toward the leather headband, keeping the center of gravity lower.
-The old phones tended to flop around a lot when placed casually on a desk. In my installation, if I set the phones on the desk for a bit, rather than placing them on the stand, the place where I set them is near the edge of the desk. With the SR-009S I had to be careful since the earcups seemed to have a life of their own when the headset was set down on the desk, tending to flop around rather a lot, threatening to send the headset off the edge of the desk unless I was careful. The new SR-X9000, when set down on the desk, keep their composure. The earcups do not move around and stay facing one other, and thus this new headset, like my other headphones (the NAD Viso HP-50 and Apple AirPods Max) is quite stable when set down casually in the desk.

As before, the Stax headphone cable is unique in my experience in being absolutely noiseless in terms of not being able to hear it through the earphones rustling against my clothing or body.

Like many things these days, Stax headphones are in short supply. If you want them, you'll probably need to get on a waiting list. I waited over six months for my new SR-X9000.
Reactions: tom539, ACHiPo, Rejean and 1 other person

It’s simple the stax line up
has chosen to move away from sterile sound to more weighted sound to be for some more musical.
i played 3 models for a good while over 3 days at axpona
I own the 009 the moment I put the 009 s
on my head I heard more body
same when I moved to the new x9000.
less stat sound more planner but faster
now whats interesting to me is the planners have moved closer to stats in speed
Toggle signature
The TUBEZATOR

There are some Stax headphone lovers who believe that the phones with the best frequency balance in the current Stax line are the SR-L500 Mk II which are only about $830 new. See comments like this one on Reddit: https://www.reddit.com/r/headphones/comments/mnumgr
N

I recently purchased the 9000’s to partner my 8000 energizer and as the aforementioned comments, noticed an immediate uplift in sound quality including dynamics and imaging. Sadly, I’ve had to box my entire system up pending a house move that is taking forever to complete.
You must log in or register to reply here.

A Brief Stroll Through the Headphone Garden: CanJam 2021