"Repulsive-gravity" patent awarded to US Navy

Everything that surrounds us, ourselves included, can be described as macroscopic collections of fluctuations, vibrations, and oscillations in quantum mechanical fields. Matter is confined energy, bound within fields, frozen in a quantum of time. Therefore, under certain conditions (such as the coupling of hyper-frequency axial spin with hyper-frequency vibrations of electrically charged systems) the rules and special effects of quantum field behavior also apply to macroscopic physical entities (macroscopic quantum phenomena).

Moreover, the coupling of hyper-frequency gyrational (axial rotation) and hyper-frequency vibrational electrodynamics is conducive to a possible physical breakthrough in the utilization of the macroscopic quantum fluctuations vacuum plasma field (quantum vacuum plasma) as an energy source (or sink), which is an induced physical phenomenon.

The quantum vacuum plasma (QVP) is the electric glue of our plasma universe. The Casimir Effect, the Lamb Shift, and Spontaneous Emission, are specific confirmations of the existence of QVP.

It is possible to reduce the inertial mass and hence the gravitational mass, of a system/object in motion, by an abrupt perturbation of the non-linear background of local spacetime (the local vacuum energy state), equivalent to an accelerated excursion far from thermodynamic equilibrium (analogous with symmetry-breaking induced by abrupt changes of state/phase transitions). The physical mechanism which drives this diminution in inertial mass is based on the negative pressure (hence repulsive gravity) exhibited by the polarized local vacuum energy state (local vacuum polarization being achieved by a coupling of accelerated high frequency vibration with accelerated high frequency axial rotation of an electrically charged system/object) in the close proximity of the system/object in question.

Therefore, if we consider only rotation, given a disc configuration, with σ=50,000 Coulombs/m2,a disc (spinning/axially rotating) radius of 2 m and an angular speed of 30,000 RPM, an generate an electromagnetic (EM) field intensity (Smax is the rate of energy flow per unit area, or energy flux) value on the order of 1024 Watts/m2 (this value does not account for any QVP interactions).

Furthermore, if we couple the high frequency of rotation with high vibration (harmonic oscillation) frequencies in the range of 109 to 1018 Hertz (and above) we can obtain Smax intensity values in the range 1024 to 1028 Watts/m2 (and beyond). These extremely high EM field intensity values emphasize the novelty of this concept, especially suited for the design of energy generation machinery with power output levels much higher than those currently achievable. 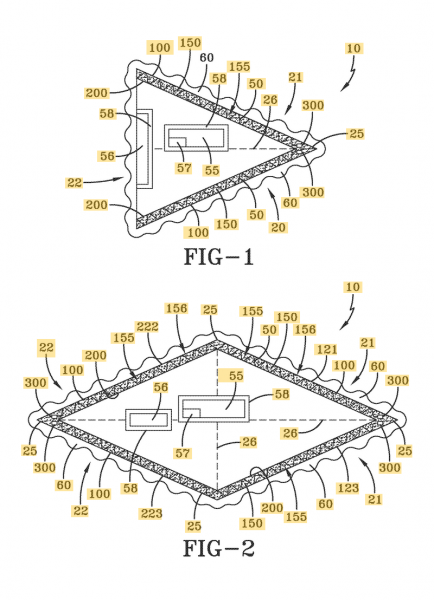 So this is what they've been working on for decades in area 51...

I've been thinking it's likely we'll "discover" some technology that will potentially solve the problems we have with energy generation, overcoming gravity and propulsion, just in time to save the world. Would be convenient... 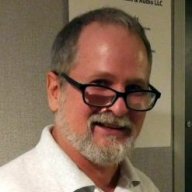 My understanding is that is possible for a patent which has significant national security implications to be filed in secret and remain secret, so imo the fact that this (and other recent patents by Salvatore Cezar Pais) are in the public domain is intriguing. Maybe there are others which are not.

So my guess is that this patent is out there for somebody to see. You and I may not be the target audience.

Of course it may well all be bogus, perhaps intended to make a potential adversary wonder whether we really do have some uber-tech weaponry.

Combined with the Department of Defense (a heretofore unheard of source) releasing video evidence of UFO encounters with Navy fighter aircraft, one might speculate that there may be a "big reveal" in the pipeline.

Or maybe somebody is just having way too much fun.
My industry affiliation: AudioKinesis
The AudioKinesis/James Romeyn Music and Audio Forum

Be kind, for everyone you meet is fighting a hard battle. - Plato
Likes: Ron Resnick 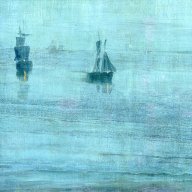 This seems to me to be a patent for an anti-gravity propulsion system.

It is interesting and baffling, Duke, indeed. Are we trying to fool the Russians and the Chinese into believing that we have some advanced technology we don't have?

Are we trying to scare them with something we do have?

Is Luiz an agent of a disinformation program, or is he an unwitting pawn of the government he left behind?
Last edited: Feb 13, 2020
Mono and Stereo - Senior Contributing Reviewer 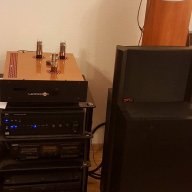 Wake me up when they patent the Star Trek food replicator. LoL

I've heard accounts of items recovered from UFOs that manipulate gravity. The truth is we don't really know how it works, we can just describe it's effects. It's a massive hole in our understanding of how the universe works.

A device like this is exactly what's required to do what pilots describe some UFOs doing.
Industry Affiliation:
I own ZenWave Audio
zenwaveaudio.com
Furutech Dealer

So if we drop a 1-pound cannonball and a 10-pound cannonball, the 10-pounder is pulled (accelerated) towards the earth with ten times as much force because of its greater GRAVITIONAL mass. BUT its corrrespondingly greater INERTIAL mass RESISTS that acceleration ten times as much, which precisely cancels out the increased acceleration force of the greater gravitational mass. Therefore they fall (accelerate towards the earth) at exactly the same rate.

You've probably heard that it is impossible to accelerate an electron to the speed of light because then it would have infinite mass. It is the INERTIAL mass which would go to infinity; the gravitational mass (amount of material in the electron) would be unchanged.

One of Salvatore Cezar Pais's inventions claims to reduce or cancel inertial mass, and if this is indeed possible, it could explain the physics-defying motion observed in some UFO's.

Imo the implications of being able to manipulate inertial mass are staggering... IF a localized field could be generated within which inertial mass is cancelled, then a relatively weak force, such as that produced by the EM Drive system NASA has experimented with, might produce astonishing accelerations. And the speed of light may no longer be the upper limit.

But as you can see, that's a mighty big IF.
My industry affiliation: AudioKinesis
The AudioKinesis/James Romeyn Music and Audio Forum

Be kind, for everyone you meet is fighting a hard battle. - Plato
Likes: Ron Resnick, DonH50, DaveC and 1 other person

Sidestepping issues of relativity and speed of light would be interesting...
Industry Affiliation:
I own ZenWave Audio
zenwaveaudio.com
Furutech Dealer 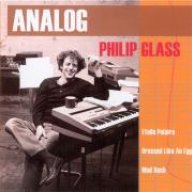 I am slightly shocked at the ease some posters show at discussing UFOs. As if such materially exist...
Last edited: Feb 14, 2020
J

Well, I have never seen one. I do have a friend who is retired military who told me point blank that they are real and that between the CIA and Pentagon there are several programs ongoing studying them besides ATTIP referenced above. A now deceased neighbor worked for Martin Lockheed who told me he was read into the programs doing this research and they were real. That is all he would say. He told me never to ask about the subject again and I never did. He took that info with him to his grave. He never discussed what he did with his wife of nearly 70 years and testified quite regularly at closed door committee hearings of Congress about all sorts of classified programs. He was a really nice dude too. Take this for what you wish but I would not dismiss this stuff out of hand.
Likes: DaveC, Duke LeJeune and Ron Resnick

analogsa said:
I am slightly shocked at the ease some posters show at discussing UFOs. As if such materially exist...
Click to expand...
I get what you are saying. Most people would probably agree with you. Everybody in their right mind knows that UFO's are, at best, figments of overactive imaginations, right?

But something shifted recently. The Department of Defense is now a primary source for evidence of UFO's:

Here is a brief interview with one of the pilots, F/A-18 squadron commander David Fravor:


And here is another, much longer interview where he goes into a lot more depth, explaining for example exactly what we are seeing in the accompanying infared targeting pod video:

Be kind, for everyone you meet is fighting a hard battle. - Plato
Likes: DaveC and ack

Yeah, too many with real credentials have come out saying they exist, some years ago a bunch of military folks said they did and that there is tech that could change the world, and now DoD is flat out admitting it.

To think we are alone and much more advanced civilizations don't exist seems strange, humans have made large advances in a what's relatively the blink of an eye. Give us a few hundred more years and if we survive without destroying ourselves our tech will look like magic to us now.

If a device can negate inertia and sidestep relativity that's going pretty far in allowing us to travel long distances as well... if this is the case then distance simply isn't an issue anymore and I'd certainly expect civilizations that have the means to find other planets with life.

I think that JRE is the one where they recount an encounter with a device that generates gravity.
Industry Affiliation:
I own ZenWave Audio
zenwaveaudio.com
Furutech Dealer
Likes: Duke LeJeune
J

Imagine what someone from the 19th century would say if you went back in time and gave him an iPhone!

Joe Whip said:
Imagine what someone from the 19th century would say if you went back in time and gave him an iPhone!
Click to expand...
You don't have to go back that far! When I was a kid a car phone the size of a large brick was amazing.
Industry Affiliation:
I own ZenWave Audio
zenwaveaudio.com
Furutech Dealer

This really belongs to the "Faith and religion" subforum as it has nothing to do with neither science nor technology.

analogsa said:
This really belongs to the "Faith and religion" subforum as it has nothing to do with neither science nor technology.
Click to expand...
That's no fun.

While it's hard to tell as we're all somewhat ignorant, afaik no human being understands how gravity actually works, I think there's no doubt technology that can manipulate gravity and inertia will be real someday.
Industry Affiliation:
I own ZenWave Audio
zenwaveaudio.com
Furutech Dealer
Likes: Duke LeJeune

analogsa said:
This really belongs to the "Faith and religion" subforum as it has nothing to do with neither science nor technology.
Click to expand...
Did you read any of the articles or watch any of the videos in post #14? They present evidence of an advanced technology, which in turn implies an advanced science.
My industry affiliation: AudioKinesis
The AudioKinesis/James Romeyn Music and Audio Forum