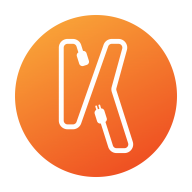 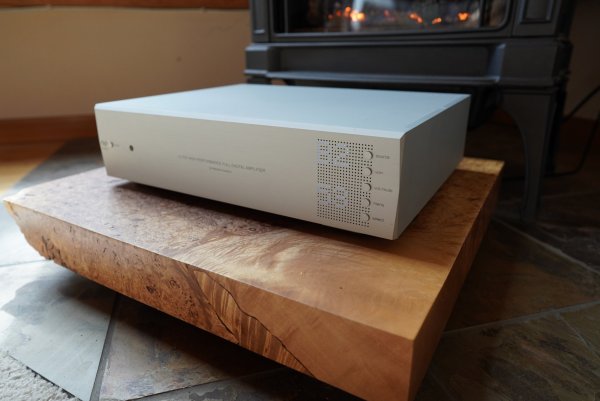 Collin Shin, CEO and lead designer of Waversa Systems, started designing tube amplifiers when he was 12 years old, and thirty years later has proven himself quite gifted in all aspects of the audio electronics industry. Waversa Systems has redefined digital music reproduction with unique codecs, signal transmission protocols, and insights based on their industrial IT background entrenched in medical, military and communication applications; but they also complement their digital product line with quality tube-based gear.

The gateway to a new digital sound world

Many music fans distrust fully digital music playback systems - and in many cases certainly not without reason. The reason, however, does not lie in the possible inferiority of digital formats and technologies compared to analog formats, but in the fact that the digitalization of music in its beginnings (CD) was not designed for optimal sound, but for cost savings and data efficiency as well as easier usability (MP3 Etc.). The Waversa Wamp 2.5 along with the entire Waversa product line will revolutionize digital audio history worldwide, because the Wamp 2.5 solves a number of previously apparently unsolvable problems that cannot be solved even with analog playback.

Waversa understood that digital music largely ignores harmonics due to the limitation of its resolution compared to real music. The Waversa Audio Processor (WAP) provides a remedy: it is an FPGA-based audio processor that interpolates the digital signal in order to approximate it to an analog signal, then a tube harmonic algorithm reconstructs the 2nd, 4th and 8th harmonics of real music that were lost during digital recording or digitization of master recordings. This is how digital music sounds poignantly real, spatially diversified and natural -- characteristics Class A amplifiers are known for.

As a result, these components simply opens a new digital world. The detailed resolution of the sound image is as fine and detailed as if you were looking into the atomic spaces of music with an electron microscope. And this high resolution is by no means an artificial "act" on the part of the amplifier: it just sounds incredibly natural. The height of the sound stage extends through the ceiling and is extremely pure and clean down to the deepest depths. This technology reproduces music precisely and finely, regardless of the volume, without loss of resolution. The music plays full and rich on a huge sound stage - even at midnight at a very low volume.

Now, with the development of WAP/X and the digital replication of tube harmonic signatures, their class D amplification components present with class A sonic characteristics. Waversa's digital amplification technology is used in their integrated amplifier, the Amp 2.5, and their Mini Headphone Amp, Mini Amp, and SlimLITE.

The following article was written by Michael Bruss, who resides in Germany and is affiliated with ATR 4.0. Audio Trade has represented many respected audio industry brands in the European Community and surrounding regions for over 40 years and is an excellent resource. I have grown to appreciate Michael's insight as a consultant, and his efforts have helped further our understanding of what Waversa Systems has to offer our community.

WaversaSystems: The Hidden Champion for Digital and Analog High End

Hardly any other high-end and hi-fi manufacturer in the world is likely to take such a creative approach to music reproduction as WaversaSystems from South Korea. It is remarkable that absolute world-class tube amps and phono preamps coexist harmoniously alongside the most modern streamers, D/A converters, and dedicated Roon Core servers. And yet it is Waversa's digital innovations in particular that are so innovative and unique that we would like to give you an insight and overview of WAP (Waversa Audio Processor), its extension WAP/X as well as PBTL (Para Bridge-Tied Load). We will do so by examining the integrated digital amplifier Wamp 2.5 MK2.

The Wamp 2.5 MK2 is the central model in the Waversa portfolio. It is an integrated digital amplifier with enormously high output power. And if you flinch at the thought of "digital amplifiers", you should now read on especially carefully.

Digression: To understand the difference between Class D amplifier and "digital amplifier", it is necessary to distinguish the terms PCM and PWM.

PCM is a process that converts analog signals into digital signals. It assigns numeric values to the analog signal; the famous ones and zeros that digitally represent the analog signal. The two variables, "word width" and "sampling rate" are decisive for the quality of conversion in the PCM process. They describe how large the steps are with which the signal is sampled in the level and time domain. The best way to do this is to imagine a coordinate system: The horizontal, i.e., the x-axis, describes the time course (sampling rate), the vertical, i.e., the y-axis, the amplitude (word width).

The sample rate determines the frequency of sampling within a specific time - in the audio sector, this interval is traditionally 1 second. The finer the grid on the x-axis (the higher the sample rate), the more precisely an analog waveform drawn in it can be described in x and y coordinates. The second significant quantity to be digitally recorded is the volume of the analog signal. The volume is defined by the so-called word width and expressed in bits. Specifically, the word width determines how many digits the number generated during digitization can have. Usually, 16 or 24 bits are used here - rarely 32 bits. The more digits a sample has, i.e., the higher the number of bits, the more dynamics can be reproduced.

So PCM creates a certain number of reading values, each with a certain amount of information. For example, CDs contain digital PCM data with an information amount of 16 bits (either 1 or 0) in each of the 44,100 read values per second (44.1 kHz). An analog signal of 1 second is represented in PCM as a series of 44,100 "read values" (horizontal axis in the coordinate system), each with different "heights" of 16 bits maximum (vertical axis in the coordinate system). 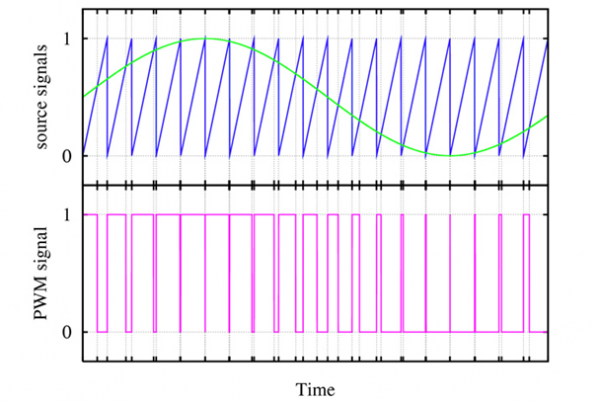 Fig. 1: Representation of the relationship between the sine wave and the output of the triangle generator (top) and the pulse width modulation (bottom)


The "D" in "Class D" does not refer to "digital", but solely to the order of Class A, Class B, Class AB, and Class C. Class D works with PWM. After direct conversion to PWM, the analog signal is usually amplified by a switching regulator and an output stage (instead of analog amplifying elements such as transistors or vacuum tubes) using a delta generator. The amplification is achieved by varying the switching time; it depends on the width of the PWM signal (see above).

The amplitude and frequency of the PWM signal are constant; the music information is exclusively in the pulse width.

Therefore, Class D amplifiers are also called switching amplifiers. Finally, the amplified PWM signal is "smoothed" by a low-pass filter in the output stage, i.e. converted back into an analog signal and passed on to the loudspeaker.

The technically not quite correct expression for a class D amplifier is supposed to make clear - referring to the Wamp 2.5 MK2 - that it has an entirely digital signal processing before the actual class D amplifier. The Wamp 2.5 MK2 converts all analog input signals into PCM format via a high-performance 32-bit A/D converter and an FPGA-based (Field Programmable Gate Array, a programmable digital device) chip developed by WaversaSystems called WAP (Waversa Audio Processor) converts the PCM signals (involving a whole host of other mathematical operations) into PWM format.

PWM conversion is only one of many tasks of the WAP, which is also used in the D/A converters and streamers of Waversa. In the course of signal processing, WAP and the WAP/X algorithms improve the sound quality, ensure a linear frequency response, and increase the resolution by mathematical calculations directly on the chip instead of using lossy analog methods like resistors and coupling capacitors.

So how does the Waversa Wamp 2.5 differ from "normal" amps?

1. high resolution: The analog signal is converted by A/D conversion into a digital PCM signal with high resolution (32 bit / 384 kHz). This is the most crucial difference to other Class D amplifiers, which convert the analog signal directly to PWM. The Waversa audio processor then samples the PCM signal up to 1.5 MHz, a critical step in maximizing resolution before further processing. The extremely broadband frequency response of the Wamp 2.5 MK2 from 0Hz to 160kHz is one of the upsampling results.

2. Transfer of the PCM clock to PWM via WAP: PWM has the inherent disadvantage of not having a tact. However, the WAP chip evaluates the PCM time interval and then passes this information on during the conversion to PWM.

3. Improved frequency response linearity through WAP: The mathematical calculations of the WAP chip guarantee a considerably higher resolution and a linear frequency response. All algorithms are executed in real-time directly on the WAP chip. The problem of amplitude boosting in the medium frequency range, which is one of the most significant disadvantages of analog amplifiers, is entirely solved by the WAP chip.

4. Further digital corrections are made on the WAP chip to improve the level of detail and the spatial representation regardless of the volume. Analog amplifiers cannot achieve this, so here is a unique advantage of WAP technology.

The three most essential corrections based on WAP [1] are:

a. WUS (Waversa Ultra Sound): With the help of the unique signal processing of the WAP chip, resolution, spatial impression, and airiness can be varied. The user can choose between three modes.

b. AC (Ambient Control): AC works similarly to ANC (Active Noise Cancellation), familiar with headphones. After measuring background noise and vibrations inside and outside the amplifier by a sensor, the WAP chip generates the inverted value of the noise in real-time and thus neutralizes it. There are five levels of mode, from 'NO', which leaves the noise unaffected, to 'MAX', which completely neutralizes the noise.

c: WAP/X: Audio tubes have an exceptional, pleasant sound signature, which is particularly good at conveying delicate information about even-numbered harmonics. These harmonics are lost to a great extent during digitalization. WAP/X is an algorithm based on the overtone behavior of audio tubes, which reconstructs the 2nd, 4th, and 8th harmonics of real music lost during digital recording or the digitalization of analog recordings. Thus, digital music also sounds touchingly real, vividly spatial, and natural.

5. PBTL (Para-Bridge-Tied Load): The Wamp 2.5 MK2's enormous output power of 400 Watts into 4 Ohms is made possible by a parallel structure of four "normal, inverse, normal and inverse" phase output amplifier modules per channel (the Wamp 2.5 MK2 has an authentic dual-mono design). In this way, the gain factor in each of the individual output amplifiers can be reduced, thus reducing by multiple the conventional artifacts ("hard", not very sensitive sound in bridge mode), which can result from a (too) high gain factor. 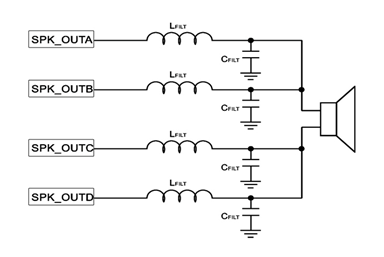 Waversa Audio Processor - at the heart of it all.