How will the next generation CLX speaker be better?

Some good points of discussion here, and this is exactly what lead me to do the extra upgrades on my pre-power match up.

After first experiencing the ML Statement EVO II's, driven by Dan D's Relentless amps, I knew straight away this is my reference! The statements are no longer made and prices were soaring... The CLSIIz were about the closest you could get to full range stats and that superb level of transparency in the mids & highs but bass was pretty flat. It was there but couldn't do the low notes, match it with a sub and everything is ruined.

Then came along several versions of hybrids that addressed the LF issues but to me they didn't gel perfectly with the stat panel. Although close, there was still a-miss. Almost like listening to two separate speaker systems, and trying to think it's working...

After so many years, finally arrives the CLX's. And what a radical change it was, designed from the ground up, using very high quality materials and tech, special carbon alloys, X stat vacuum bonded panels, air-frame structure, high quality parts throughout the transformers and its components and the use of triple stators for the bass. The triple stators have never been used on any stats design before, it was only ML that incorporated this design into the bass panels, and when driven properly and effectively, they can reproduce some serious bass!

After the Statement audition, I then got a chance to experience the CLX's driven by Dan D's Momentums, and being in Class A, it had an unusual grip on the bass panels. A few years after that I got another chance to experience the CLX's driven by Pass Labs amplifiers, being the XA series. Rated at just 30w/ch, it was that sheer Class A control that once again gripped the bass panels as I had experienced earlier.

Over the decades I've come across CJ gear as being highly musical and engaging, and as Roberto correctly pointed out, CJ is all about enjoying your favourite recordings, not blowing the roof off. I have found them to be exceptionally good on the mids & highs and tuneful bass but sometimes lacks in deep gutty bass, with a solid thud or whack compared to SS slam. I could term CJ's bass as being bit soft, unless it were the big monoblocks, such as the premier 8A, LP260m, LP275m, ART250's or the ART300's. These amps have plenty of open mid-range warmth and tremendous bass output, provided the speakers can handle it, these big amps can deliver!

That's when I decided to go for the upgrade on Class A ops. I didn't want to end up with huge monoblocks, these are costly to maintain and things don't get any better down the line... OTH CJ's mid-powered amps, 60-70w/ch are very musical indeed but don't offer the extra bass oomph compared with the mighty ones. So this is where I actually ventured on a major project, taking mid to high-powered amps, such as the LP125m monoblocks, rated at 125w/ch, modifying the Class A bias - voltage rails, DC regulators and power supplies, plus using the KT120 output tubes, this allows for ample Class operation, so we managed to get around 65 to 70w of Class A, anything pushed harder than this, and the output stage goes into Class AB operating above 90w and beyond.

After several tweaks and the final adjustments were completed on the main circuit, the moment I heard the first note, I realised what a remarkable difference between Class A and AB. The Class A operation grips the stats full range like no other and will drive that triple stator bass panel to their full potential! It's a massive difference compared to the standard config of Class AB, and this is exactly what CJ has done with the introduction of the ART27A. Rated at just 35w/ch but in Class A, also a similar circuit and can drive difficult loads along with a very tight grip.

After having experienced the Relentless amps, then the Momentums and third the Pass Labs, only then did I realise how much of a difference this Class A bias works, especially driving full range stats.

However, you have to be extremely careful in such mods and obviously the person doing this must know the ins & outs of the circuit like butter cake. I was also in touch with the legend himself, Nelson Pass and the tech guys at my CJ dealer, so the full go-ahead was obtained prior to any of these mods. This is why the amps sound so different from the norm of the SE versions, which are superb in every way. I sincerely think CJ should also offer a full Class A bias upgrade when offering the SE version over the standard version.

Roberto, I've custom made my CJ pre-power to sound in a certain way, which is proprietry in design and very unique in overall sound. The preamp was also fully upgraded to the point of transformers as well being a special version. Since these are much smaller than the power amp trannies, it's more cost effective solution. I also prefer the Sovtek 6H30p tube's in the preamp stage compared to the 6922's. So I don't think my system is any better, it's just a different flavor or let's say, a different way of delivering recorded music, through driving the CLX's to their full potential without over-powering the room. It's a custom sound and something that took me nearly 15 years to achieve.
So now I guess it's time to sit back, and enjoy the music. Of course with the scotch and that cigar... Puff ☺
Cheers mate, RJ
A

Gregadd said:
I can"t say for sure but I think ML is done with the CLX. Essentially the CLX is thier attempt to give bass to the CLS. IMO more bass means bigger panels ala Soundlab. Not likely I think. It would appear their solution to more bass.is come drivers. It is just easier to do.
With regard to bass their emphasis seems to be on room correction. The Renaisance 15a seems the way to go. Reports are that ML subs work well with CLX.
I agree. I used the cj premier 11 a with the CLS. Magnicent.
They is another solution
A custom made line source tower. Check out GR Research.
Click to expand...
ML subs work very well with CLXs. Seamless presentation, in fact.
Likes: Gregadd 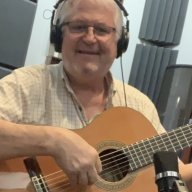 That is exactly my point too. Mods are possible for what you like. I have done several to the amp and the preamp too. But contrary of your liking, I love the 6922. This tube does not intoxicated me with too much harmonics content. The average for a bad recording, which I do love because of the quality musician(s) and the good ones, where could be too much.

Quality sound depends from many factors. Also depends of the quality of the recordings. There are piano recordings where you can hear the plush of the hammer that hits the strings, and when you are near to a piano, you hear this too. Detail is granted by the quality of your components. I can assure you, my dear friend, that with the tweaks that I have done, you can listen all these nuances. I am not saying that mine is better. No. I am just pointing out that I do have a very good quality sound overall. I want to listen the drummer with the cymbals next to him, not a plastic man playing the drums, the cymbals at the from of the stage and the drummer almost at the back of it.

I always say that our ears are the final judges. Seek your liking. The ears tell the truth, not a computer graphic. Our tools are made for helping us to do a certain job faster and easier, but not necessary better. Patience is a virtue.

It is so good to know that you are that happy RJ. It is time now to lite that cigar and poor a good whisky to relax and enjoy the musician(s) playing for you just right there, in your own place!

You are right. The blend of the Martin Logan BF-210 subwoofer with the CLXs is like they are one. Very difficult to tell. Why? Our ears have no orientation from 80 Hz to below. As an example, when there is 60 Hz noise coming from the fridge motor, or similar, this unwanted frequency is very difficult to tell from where it is coming from.

We have no direction at the bass. From 100 Hz and up, we can tell. Trained ears are fooled with this. We have a computer built into our heads. The time difference between the signal and from the left ear and the right ear, we can triangulate and say from where the sound is produced. There is a time difference between our ears and the signal. From frequencies below 80 Hz, a trained ears have problems to detect from where it is coming from. If the sound is too strong, loud, perhaps our ears could, but bring the level down, and it is difficult to tell.

I bet that I can find people here with knowledge about the SABIN coefficient absorption unit.

Yes Roberto,
I do understand your points on using subs, and specifically the right sub to match well with the CLX's. There's no doubt there's a smooth transition between panel and sub and definitely adds substantial LF.

Anyway, as I was saying, the TEA2se has fully broken in now, and it certainly took an awful lot of hours. In fact I've had to move the CLX's even further out away from the front wall as the bass was very profound, absolutely nothing short of superb. The sheer speed, agility and articulation of the bass is probably it's best feature! No sub can match this and I simply wouldn't change a thing.

There is nothing wrong in adding more "deeper" bass if one wishes to do so, and that's basically what the recording does not have, extra bass! Taking those low notes down further maybe a personal preference. One thing for sure is the level of refined bass being propelled by the triple-stators is just marvellous!

I also believe that moving the CLX's even further out improves this LF acceleration. The start - stop speed is second to none! The room has this extra space, so I'm fortunate enough to experience what this system is truly capable of. Now they sit about 6ft away from the front wall, and around 1-2ft away from the sides. The back is open and ends to over 20ft going another 20ft towards the kitchen area. So absolutely no issues regarding standing waves of any bounce or unwanted frequencies. Quiet as a whistle and just sheer brilliance!

For those using any gear fitted with Teflon caps, Vishay resistors or Metal Foil caps, please allow plenty of time to settle in, it's a long road but the outcome is beyond extraordinary!