PeterA said:
That's a great photo jackelsson. What a stack of hardware. A few years ago I borrowed a friend's XP30 and directly compared it to my XP20. I actually preferred the 20 at the time. In my system, it had a more neutral tonal balance where the 30 sounded too warm. It had slightly higher resolution, but I did not like the added warmth. In combination with my slightly warmer XA160.5, the 30 was too much. I also tried the XA160.8 in my system. Perhaps the .8/30 combination would have struck the right balance, as does my .5/20 for my preferences.

I later tried the XS Pre in my system and found that its tonal balance more closely resembled that of the 20 in my system, and not the 30. That struck me as odd because the frequency response specs and impedance output (120 ohms) of the 30 and XS are similar while the 20 has a much higher output impedance of 1K ohms. I now realize that my Transparent cables which are calibrated for my XP20 were not properly calibrated for either the XP30 or the XS, so I did not hear the XP30 or XS at their best. I am still confident that the 20 and XS have more similar tonal balance than either does to the 30 because I heard similar tonal differences between the XP30 and XS in a different system.

It is hard to say if Pass will develop the three box XP32. If the separate power supplies are that important for sonics, why does the XS have only two? Pass also decided not to have a three box XP35 phono. The new XP17 phono may already be better than the XP25 phono which is scheduled to be replaced by the XP27. I suspect the XP27 will be extremely good.

I have just ordered an XP22 which will arrive next week. I have sent my cables back to Transparent for re-calibration so that I can hear the XP22 at its best. I have also borrowed a pair of balanced ICs so that I can directly compare my XP20 to the XP22. If someday the XP32 will be released and it is considerably better than the XP22, that may be an upgrade worth doing also.
Click to expand...
That preamp (XP-20/22/30) deserves the finest IC's: Kimber SELECT '6' series (IC's), Acoustic Zen 'SIlver Reference II", Audioquest? 'WInd/Earth'? (all-silver), Wireworld ? 'Platinum Eclipse', or perhaps some Stealth (all-silver) IC's -or others, I can't quite think of now (lol). Oh, the DH Labs 'Revelation' (pure-silver) may be a another contender, and by far the most reasonably priced; $650./m (US$) !

Strongly consider DH Lab's 'Revelation' IC (SE/BAL = same price). DH Labs is a verry high quality-value company/ products.
In fact, DH Labs has very recently (past 30-60 days) released their SilverPULSE line of IC's; premium Long-Grain silver-plated OCC/Teflon at $120/m (US$). I should receive mine tomorrow, and shall offer-up initial impressions if anyone may be interested.

PeterA said:
Yes, I replaced the stock cable with an Revelation Audio Cable on my XP-25 and it made an audible improvement. It definitely looks like there is some trickle down from the XS line.
Click to expand...
Gentleman: Does anybody have (or know where) there are 'internal' images of the X-22 preamp ? I can't seem to find any ?
Thx,

BlueFox said:
Yes. It was out for delivery yesterday, but I guess they are so busy it wasn't delivered. Okay, I understand that, but if that happens then any left over items should be the first items delivered the next day. Personally, I dislike UPS for a number of reasons, and it really irks me when vendors I respect use them, and not Fed-Ex.
Click to expand...
Good call on UPS (Unscrupulous Pathetic Shippers -lol), FedEx is Definitely much, much better.

PeterA said:
Congratulations Bud. As you and I have both learned, the performance of the XP can be greatly improved by using the Revelation Audio umbilicals. I have compared the 20 to the 30 and preferred the former in my system, but see my other post for the possible reasons. The 30 uses the noisy umbilicals while the new XP22 apparently has much quieter ones similar to the ones from the XS.

I am sure the guys at Pass have compared the new XP-22 to the XP-30. I have not heard which they prefer. It would be an interesting comparison. A used 30 is about the price of a new 22. If they sound similar, I would buy the newer design with one less box.
Click to expand...
Once at the Xs price-point, the ML No.52 (preamp) may be a better (and cheaper -though not by much -lol) alternative?

allhifi said:
Gentleman: Does anybody have (or know where) there are 'internal' images of the X-22 preamp ? I can't seem to find any ?
Thx, 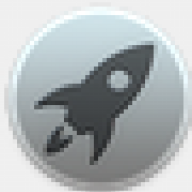 Likely an unanswerable question as the responses will land right down the middle but I've had a good glass of wine so now emboldened to ask...we have a totally digital based system with a dedicated ROON server driving a dCS Bartok DAC which is wired directly to our Pass Lab XA-30.8 amp and then to Wilson speakers.
Still wondering if the addition of an XP-22 would "bounce" or "enhance" the sound. We have been "direct digital to amplifiers" for so long I have no metric to begin to get a sense of any possible improvement a pre-amp may offer. Have heard opinions on both sides.
Before you suggest I simply ask for a loaner, I am based in Vancouver and my closest Pass Lab dealer is some distance away.
My thanks for any comments you may be willing to offer.
Warren
You must log in or register to reply here.
Share: Facebook Twitter Google+ Reddit Pinterest Tumblr WhatsApp Email Link