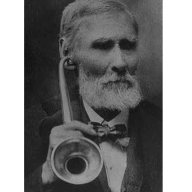 spiritofmusic said:
I'm really objecting to this. The unprecedented success of the current Queen is based on the specific facet that she DOESN'T show emotion or pass opinions, formal or via body language.

She has met our PMs once a week since 1953, and prides herself on being the neutral sounding board.

Unlike you guys the other side of The Pond, she does behave herself impeccably.
Click to expand...

spiritofmusic said:
That family does just fine.
Click to expand... 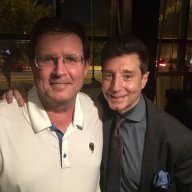 Agreed. All thanks to Kate.

spiritofmusic said:
Haha Milan. I'm not the world's biggest royalist. But they're the model of decorum and stability compared to some other hugely visible head of state families.
Click to expand...

this started as a wonderful discussion of what is considered one of the best series on TV and once again you are drifting across the line.
Toggle signature
Steve Williams, aka oneobgyn
There's ALWAYS another Steve Williams BUT there's only "oneobgyn"
USA Dealer of Center Stage Feet and owner of PitchPerfect Sound (www.pitchperfectsound.com)
Dealer Lamm Electronics
My System
S

spiritofmusic said:
I hear you Steve. It's your thread, I'll butt out.
Click to expand...

it's not a matter of whose thread it's in Marc. It's you who teeters the line in threads such as these. Can we not just enjoy a well directed, acted, and filmed series without trying to inflict politics into the replies about a TV series
Toggle signature
Steve Williams, aka oneobgyn
There's ALWAYS another Steve Williams BUT there's only "oneobgyn"
USA Dealer of Center Stage Feet and owner of PitchPerfect Sound (www.pitchperfectsound.com)
Dealer Lamm Electronics
My System
S

Hey, it's the British dry SOH. I was actually joking/half serious...our Royals get, ahem, royally criticised, but they are paragons of virtue re stability. I'll leave that statement with no addendums.

But where I am at liberty to leave an opinion is the preposterous scowl Olivia C gives her portrayal of the Queen and Maggie T saying there can be only one leader...c'mon! 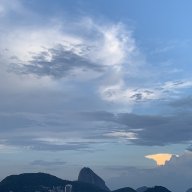 jazdoc said:
I was disappointed. After the opening, thought they would trace the arc of "The Troubles" in parallel with the Thatcher years, especially after largely ignoring Mountbatten during the previous seasons. Instead we got to witness 10 hours of a "whining, rich privileged" immature couple.
Click to expand...

I’m with @jazdoc. What a dreadful season. I didn’t sign up for 10 hours of Charles moping. I mean, an entire episode was about which kid was her favorite (spoiler: none). even Philips candor and levity can’t save us from the overall melancholy.

l really enjoyed the first 3 seasons and hope the next one gets back on track.
Last edited: Dec 7, 2020
Reactions: Steve Williams

I tend to agree. It was the worst of the 4 seasons. It was based around Charles and Diana with each episode highlighting separate vignettes in the lives of the Royal family which IMO really didn't add anything. Season 5 will be the finale so I am hoping they turn it around. Having said that I felt the cinematography was spectacular
Toggle signature
Steve Williams, aka oneobgyn
There's ALWAYS another Steve Williams BUT there's only "oneobgyn"
USA Dealer of Center Stage Feet and owner of PitchPerfect Sound (www.pitchperfectsound.com)
Dealer Lamm Electronics
My System
Reactions: KeithR
You must log in or register to reply here.