You are using an out of date browser. It may not display this or other websites correctly.
You should upgrade or use an alternative browser.
T

I would like to buy an audiophile server nas with level near other my components. I don't want spend too much. I'm not interested in top level devices with price about 10k. I'm seeing all models of these two brands and it isn't simple to decide. Innuos Zen Mini mk3, Innuos Zen mk3, Innuos Zenith mk3, Melco N100, Melco N50, Melco N1Z/2EX-H50S, various linear power supply, etc
Have you experiences with these products? I think the battle could be between Innuos Zenith mk3 and Melco N50.

Discover The Melco range Whatever the need or budget, there’s a Melco to suit. From the entry-level N100, to the ultimate-performance flagship N1ZS/2, Melco has a solution to music storage, playbac…


Ps: does anyone know if the new mk4 line of Innuos could be show in the next days at Munich hi-end 2022?
Last edited: May 13, 2022
Toggle signature
Rockport Atria mk2, Gryphon Pandora + Antileon Evo Stereo, Esoteric N01XD, Mutec Ref 10, cables all Siltech Royal Signature.

I used a ZENith MkIII for about 2 years before upgrading to a Taiko Extreme. It was an excellent performer and an outstanding value. It has the advantage of being upgradable by adding the Phoenix re-clocker which is a feature built into the Statement if you wish to do so. In my view this will depend partly on whether your system can take advantage of the benefits and yours certainly can if and when you decide to do so.

Another plus for the Innuous- I know that with streaming and the world's musical library at one's fingertips, nobody cares much about those silver discs anymore. But the ability to burn a disc to a file with the Zenith is an advantage that not even my Taiko offers. I recently bought an outstanding and overlooked CD of Sammy Davis Jr.'s greatest work with the Marty Paich orchestra. 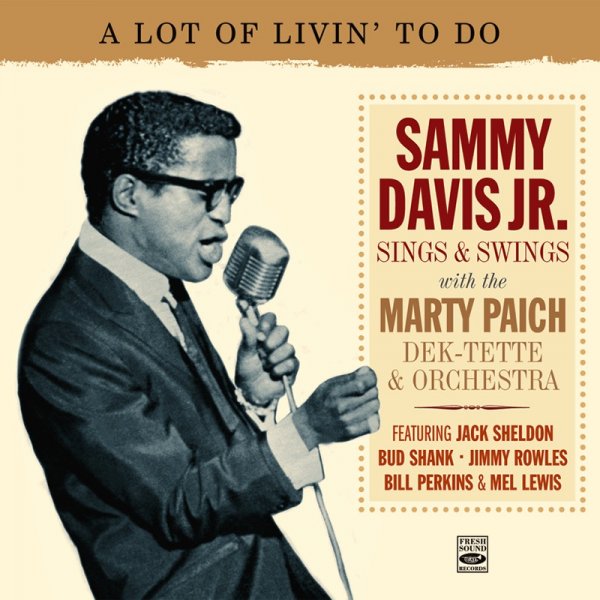 It is not available on any streaming source I use (Quobuz or Tidal) and therefore I cannot add it to any of my library files on the Taiko. No problem if I still had the Innuous. (And no, I'm not going to buy a drive to burn a single CD to a file)

All in all, the Innuous ZENith MkIII was a delight sonically and service-wise (no issues). However I'm a technical moron so set-up and other tasks that may require similar assistance do benefit from a capable dealer. I purchased my Innuous from WBF forum member Alex Siufy at Alma Audio in San Diego who responded to a query of mine at 2am from Italy, where he logged onto my unit remotely and solved the issue at hand instantly. Who does stuff like this? Highly recommended.
Reactions: gleeds
T

You can copy that cd with a normal pc (and if you aren't able you can ask to a friend)!
I'm seeing your Taiko... incredible device! But too expensive for me.
Thanks for your important opinion.
Toggle signature
Rockport Atria mk2, Gryphon Pandora + Antileon Evo Stereo, Esoteric N01XD, Mutec Ref 10, cables all Siltech Royal Signature.
3 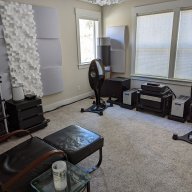 I would say that it depends on how you plan to use the NAS/Server.

I used to own a Melco N10 and used it with my Linn Klimax DSM/2 streamer (I've since upgraded to the new Organik model) and I use ethernet, not USB. I found that the N10 was an improvement over the Synology 412+ that I had on the network and some occasional dropouts that I had on other endpoints (I use Roon) in the house went away using the N10 as a NAS (I had a Small Green Computer on the network as a server).

If your N-01XD is connected to your network as a streamer, I assume that you are already using a server - or maybe the Esoteric Sound Stream app acts as one? I don't know anything about that app...so the Melco might be a better way to go - Melcos are more endpoint than server and you have to use USB to your DAC/streamer to use it as a player. Otherwise, connecting it via the player LAN connection to your streamer it is essentially acting as another switch and, in my system, I still needed a server to use Roon. And, connected this way, you're using the Melco as a NAS.

If you need a server, then the Innuos is probably a better way to go and you can directly connect the Innuos to your N-01XD via ethernet and use it as a server. And, if you use Roon, the Innuos is a Roon core.

As a data point, the biggest improvement I've had in my system was getting a Melco S-100 switch which I got prior to the Melco N-10. It made a very noticeable improvement in SQ and adding a Farad Super3 power supply to the S-100 improved it further.

Like you, I thought about upgrading my server (after getting the S-100) to match the level of my other components, so I home demoed an Antipodes K50 and Innuos Statement and, long story short, without the S-100 in the mix, I heard very little improvement with these servers connected to my streamer via ethernet, so I didn't buy either at that time.

If you look at my signature, I now own a K50 and the only reason I did that is I needed to replace my server and, since the Melcos are endpoints, it wasn't going to work for my whole house. I found a used K50 and sold the N10. Frankly, the K50 is overkill for my use - the best input on Linn Klimax streamers is the LAN input, so while I have the K50 directly connected to my streamer, I don't use the player PC in the K50, just the server.
Last edited: Jun 6, 2022
Toggle signature
Source: Linn Klimax DSM/3 (Organik)
Amplifiers: Audionet MAX
Server: Antipodes K50
Switch: Melco S-100 w/ Pink Faun clock upgrade powered by 2 x Farad Super3
Speakers: Vivid B1 Decade
Subwoofer: 2 X JLAudio f112 v2
Crossover: JL Audio CR-1
Cables: Shunyata Sigma interconnects, power cords and speaker cables
Room: Dedicated 12' X 15' X 9' with Vicoustic treatments
Power Conditioners: 2 x Shunyata Typhon QR; Shunyata Triton v3, Shunyata DPC-6 v3, Denali 6000s v2
Rack: Symposium Foundation Ultra, HRS SXR, Mapleshade platform for the QR, Triton & DPC-6 stack
T

Esoteric N01XD has internal (good) streamer with app Esoteric Sound Stream. This app is the same app of Lumin. Only difference is the name. For this I can say it works perfectly (my favorite apps are Lumin and Aurender). I don't need streamer but only server nas. I understood Melco is more streamer than nas. Problem is Melco N100 hasn't option ssd and N10 (with ssd) is too expensive for me. I want ssd and Innuos Zenith Mk3 has ssd 1, 2, 4 and 8 Tb. I asked to Innuos factory and they said me there isn't mk4 in near future. I must think very well how make.
Toggle signature
Rockport Atria mk2, Gryphon Pandora + Antileon Evo Stereo, Esoteric N01XD, Mutec Ref 10, cables all Siltech Royal Signature.

transaminasi said:
Esoteric N01XD has internal (good) streamer with app Esoteric Sound Stream. This app is the same app of Lumin. Only difference is the name. For this I can say it works perfectly (my favorite apps are Lumin and Aurender). I don't need streamer but only server nas. I understood Melco is more streamer than nas. Problem is Melco N100 hasn't option ssd and N10 (with ssd) is too expensive for me. I want ssd and Innuos Zenith Mk3 has ssd 1, 2, 4 and 8 Tb. I asked to Innuos factory and they said me there isn't mk4 in near future. I must think very well how make.
Click to expand...

Technically, I guess, they are both streamers/players, with the Innuos models having more horsepower and can act as servers.

In your case, you definitely don't need to spend more money for things you won't be using (like player functions, processing power, etc.) since all you want is a NAS with SSD with the Esoteric handling everything else.

In any event, as you know, best bet is to demo in your system if possible. If you're open to buying used, you might try hifishark.com to see if you can find either a Melco with SSD or Innuos.

Having been down this route myself, if you can demo a Melco switch, you might want to try that first and see if you like the improvement.

I have used the Innous Zenith mk 3 ( with 2 TB SSD HD)for 3 years without any issues, great device. I also have the Phoenix reclocker, made a big improvement here.

jep123 said:
I also have the Phoenix reclocker, made a big improvement here.
Click to expand...

Which the OP cannot use as he's looking for an ethernet nas (server).

Has any anyone compared the Innuos to the Melco with and without fibre ?
I would love to know the difference.
Anyone tried the S10 version of the Melco how does if differ in SQ than a tricked up S100 with quality power supply ?
You must log in or register to reply here.

To switch or not to switch? Melco S-100 or Innuos Phoenix NET switch?