You are using an out of date browser. It may not display this or other websites correctly.
You should upgrade or use an alternative browser.
V

Black is back, with a vengeance. Earlier attempts to match AC with Wolf von Langa speakers were fruitless. Perfect pair on paper, mediocre in reality. People who know me well, recognize I never give up. So, I patiently waited for Genus ( nick name Genius ) to arrive, I have faith it will make it happen. Well, well, it did in a big way, helped by Helene, other DAC could ruin the result altogether.

Like every time I find proper speakers for AC, music was unleashed. All high end boxes - checked, emotions - checked, heart - checked, soul - checked, tears - real ! And all this with two different models of WVL - Son and Chicago. Chicago of course rose for the occasion- big and powerful with all the finesse - crazy stuff, don’t try it at home. You’ll be intoxicated and antidote doesn’t exist.

Now, instead of looking for speakers to match Genus and electronics to match WVL speakers, I have not one, but two perfect marriages .
I like miracles and I know where do they come from - Aries Cerat factory ( and Wolf von Langa speakers for that matter ) I just can’t get enough. 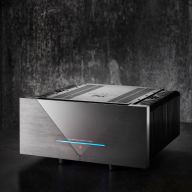 What other AC amps did you try to connect with Wolf von Langa speakers, and the union didn't work?
Toggle signature
Francisco

Strangely enough, top AC LE system ... Can't tell why, but it happens pretty often - systems should sound excellent on paper, just don't in the real world. Of course, I prefer to match Genus with WVL, than top AC ... So, I am very happy 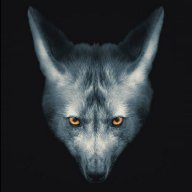 I will investigate further and report. I guess I didn’t wait for system to warm up. It was nothing wrong, I just was not moved. And stopped the test early may be. I have done this mistake - not to give the system enough time to settle.

The Concero with Impera II are driving both WVL Son and Chicago extraordinary! With Chicago it is world class Uber high end system, no excuse.
Will elaborate later in another tread.
Don’t know what throttled means, but the latter system is so balanced, so musical, you just can’t believe at first. All in all, AC and WVL are match, made in heaven. Same with YG Anat III Signature

Again, nothing aggressive, forced or out of context

Hi Francisco, I am late to answer, as I felt obliged to listen to Kassandra LE, Impera LE, new Exsequor with wolf von Langa Chicago, before replying.

First, sincere apologies to all who may be fooled by my writing. Apologies to Stavros, owner of Aries Cerat for possible harm of brand image.

It appears first tests I did were too short with cold system, and I didn't wait enough for components to warm up. I did that mistake once with Audio Music 833 and Grande Utopia, great match eventually.

Today, I first tried Helene, Impera II / Concero REF 65 with both Wolf von Langa Son and Chicago models. In short, absolutely incredible match made in heaven. I will address this in another tread.

Then, I saw Francisco's question and decided it is time for another test. I connected LE system, described above to Chicago speakers. The system was warm from previous tests, so I noticed my unforgivable mistake immediately. I just could not understand how did I miss the sublime match. Yes, it it embarrassing, but I have to admit it.

The already great match between Impera II / Concero 65 and WVL Chicago reached perfection with LE system, if such a thing exist. I did not see faults with less expensive set up, yet sound from LE system reached new high in my scale, comparable with YG Anat, driven by LE system. Or may be even higher. Of course, full AC LE set up, including Symphonia is another matter. It is in its own league IMHO.

I will put AC LE system with WVL Chicago speakers against the very best set us on the market. It is extraordinary music making machine, with all hi-fi attributes on max, deep, wide sound stage full of musical content, perfectly balanced, with full emotional impact.

So, in short you can match AC with WVL speakers in all combinations. The more you pay, more you get. In fact difference in price is less than sound quality jump. I guess Impera II / Concero 65 is golden ratio.

Thanks Vess, great feed back. I forgive you, as I too get over emotional when things sound really right. I did that very thing when I reviewed the Genus, and my test track matching thing was blown out of the window, and became a mammoth 4am in the morning 'couldn't turn it off' session.

I forgot the most important thing - you see this very rarely. The Aries Cerat owner Stavros did not interfere in any way in my writings, despite "obvious" mistake. I mean he knows his products, and can't imagine LE system sound inferior compared to less expensive components. Yet, he waited patiently for me to discover my huge error and correct my findings. Despite harm done on the brand image. How many would do the same ?

Kudos to Stavros for his honesty, so rarely seen in our marketing world. Shame on me for taking so long to see my bad. At least I was completely honest. As usually.
Toggle signature
Distributor of fine audio, including Aries Cerat, Dan D'Agostino, MSB, Magico, Wolf von Langa, etc.
You must log in or register to reply here.