WLVCA said:
Sorry you are having a problem with the big update. My only complaint is that it takes 60 to 90 minutes.

I have updated two laptops so far without any issues and have a third in process.
Click to expand...
Thank you for that information.
The Microsoft tech guy is due to get back to me in about 30 mins so hopefully third time lucky.
I'll update later.
B

The MS tech guy got back to me promptly at 9.00am to check whether his second attempt to install the update had succeeded.
I advised him that it hadn't, gave him the error message I had received which was that the install had failed during the install phase and that the installation (software) needed to be updated. He had looked at that prior to his second attempt. After checking out the message and error code he advised me that he would have to escalate the problem and we arranged another call for 10am tomorrow to remedy the problem. So it looks as if I might have hit a wider systemic problem with this update.
The PC was automatically returned to the 1904 OS so no problems there.
I am,howver, impressed by the quality of service I have received from the MS Support service even if the problem has not been resolved yet and I'll update tomorrow.
B

Now less impressed with Microsoft.
Call from Tier 2 tech guy scheduled for this am never came. Chased them and Tier 1 guy very helpful but on transfer to Tier 2 guy I hung on for well over an hour without a response.
I understand from a friend that they are having significant problems with this upgrade which bears out my experience so may be best to defer installing the 2004 update until the current problems are sorted.
WCLVA I hope your outstanding update was successful! 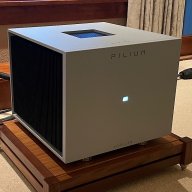 Sorry to hear your update woes. Getting ‘escalated’ just means your first level tech is clueless to your problem or it isn’t yet common enough to be written up in the resolution logs.

I checked for the update on my Surface Pro... it said my device is not yet ready. I searched for what that meant and learned Microsoft is having rollout issues with this latest update, so in my case I suppose I’m happy the update didn’t happen yet. A little odd in that a Microsoft branded tablet (fairly recent) isn’t ready for the update.

One suggestion was to remove any USB drives installed. I did that but still my “surface” not ready—so there must be other issues with solutions pending.

It is always good advice to hold off on new updates and let the kinks get worked out by the other guinea pigs.
—Bob Vineyard, aka bobvin 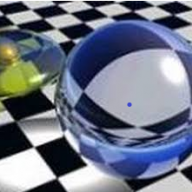 Barry, I did have a small issue with our third laptop, a relatively new Lenovo Thinkpad.

After the update I received an error message about a missing or corrupt .dll related to Intel Optane. I was able to find a quick fix with a download that a Google search found. What was strange about that was the specs for the device didn't list Optane and the laptop has an ssd.

At this point all 3 devices are running well. Fingers crossed.
B

Thanks Bob
Ms have emailed me about arranging another call to which I have replied and I await their response, but at least they contacted me.
Glad to hear you sorted your problem and that WLVCA has not had a problem with his 3 devices.
It is the first time I have had any problems with Windows 10 but still a bit of a nuisance.
B

Ms Tier 2 tech came back to me as arranged this pm.
Installed it on his first attempt after uninstalling Malwarebytes Premium which I have now reinstalled.
All working smoothly I am happy to say.

Good to hear problem is resolved
B

Thank you
Leaving aside the fact that there were bugs in the 2004 update more serious than you would have expected I have to say that their support was very good.
B

A couple more updates became available this evening.
An Adobe Flash security update KB4561600 and a new 2004 64 bit cumulative update KB4557957,
Both loaded and installed with no difficulty. The first took about 5 minutes but the latter is bigger one and took a bit under 30 minutes.
It looks as if they are now on top of the earlier problems
You must log in or register to reply here.
Share: Facebook Twitter Google+ Reddit Pinterest Tumblr WhatsApp Email Link