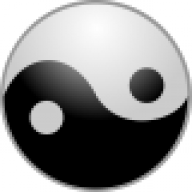 Ron Resnick said:
I am all in favor of component upgrades and modifications! Magnepan, in my view unfortunately, builds to a price point.
Click to expand...
I’ve been thinking about this and very much agree Ron. I wish Magnepan would do the current #.7 range as is but also do a .ND version (Neodymium with Duelund) of the 3.ND 20.ND And 30.ND with high sensitivity rare earth neodymium magnets and an outboard xover with silver tin duelund cast caps... now that’d be tasty.
Magnepan 20.7 - Harbeth 40.2 - PureAudioProject Horn 1 - Shindo - Sanders - Sotm - Chord - MicroZOTL - Line Magnetic SET - Shunyata Triton V2/Typhon/Cyclops/Anaconda and Python Zitron PCs - Wireworld Platinum Eclipse Signal Loom - Stillpoint Ultra 5s throughout. 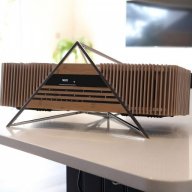 josh358 said:
Come again?
Click to expand...
You do know about the whole patent infringement episode?
Be civil to all, sociable to many, familiar with few, friendly to one, and enemy to none.
Benjamin Franklin
L

I have followed the link to aa. I am very surprised to see such a strong support for the manufacturer (Magnepan) and sometimes a surprising negative comment on the customer, who obviously was mistreated?
Likes: mulveling 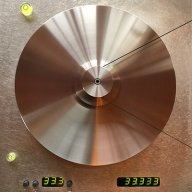 I'm glad the OP got his money back. Let the quest begin all over again...
Christian 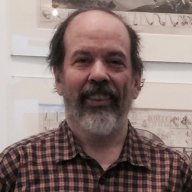 christoph said:
Only two Apogee models have low impedance (the FullRange) and extremely low impedance (1 ohm Scintilla). The other models range from 3.6 ohm minimum (not really a challenge for a decent amp) for the Diva to very amp friendly ruler flat 6 ohm in my Studio Grand/Studio Ribon Array.

All the Apogees have flat impedance curves and are almost pure resistive loads. The easiest load for an amp.

The low impedance horror stories stem from the two first models, the FullRange and the 1 ohm Scintilla.
Especially the Scintilla is a nightmare to drive properly (and good sounding).

Funny enough, especially the FR and the Scintilla are regarded as the best sounding Apogees. Probably due to their pure foil ribbons.
Click to expand...
I didn't know that the Full Range also had impedance issues, thought it was just the Scintilla. I suspect you're right about the special sound of the pure foil ribbons -- foil on mylar is always going to be a compromise, with higher mass and less uniform drive. But so much more practical from an amplification perspective . . .

leyenda said:
I have followed the link to aa. I am very surprised to see such a strong support for the manufacturer (Magnepan) and sometimes a surprising negative comment on the customer, who obviously was mistreated?
Click to expand...
I think Magnepan as a company has tremendous loyalty. They really are a caring company with an almost unique level of support. Many of us long-time Maggie customers now count the people there as friends. And we also understand the challenges the company faces in a very adverse climate -- selling to a shrinking market of aging audiophiles in a shrinking dealer network and competing against the much lower labor costs in China -- and how that's stressed their resources with the result that sometimes people there get overburdened. And that's when you get missed phone calls or delays, they'll lose a key person and not have someone who can take over temporarily while they train somebody new, that kind of thing.

In truth, I think some of our posts were unfair to Doktorfuture, who had a bad experience and was for real. I can imagine how frustrated I'd be after waiting a year after putting down a $15,000 deposit, that's human nature. But there was a reaction to what people felt were unfair attacks on the company. For example, nothing I've heard leads me to think that Magnepan or the dealer lied -- it's possible to make earnest promises that can't be kept. And this is also very unusual occurrence, it really doesn't characterize the experience that most of us have had with the company, which is that it has some of the best support in the business. It's possible to go too far in condemning a company and pushing an issue, so it looks like you're out for vengeance.
Likes: thomask and christoph

Gregadd said:
You do know about the whole patent infringement episode?
Click to expand...
I do, just missed your reference to it!
Likes: christoph 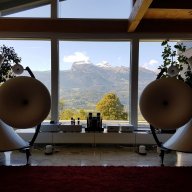 christoph said:
Have you ever looked at the innards of an Apogee and a Maggie?
That lawsuit was ridiculously absurd
Click to expand...
What happened? I only saw this thread where Apogee appeared to need to pay Magnepan...

christoph said:
You are right, with the transformer boxes, the FullRange is nominal 4 ohm but those trafo boxes are said to degrade the soundquality of the FRs and therefore some (a lot?) of the FR owners drive the FR Ribbons directly or with bespoke (better, more transparent) trafo boxes, resulting in hideously low impedance (directly driven) or at least (much) lower than the original suboptimal trafo boxes with bespoke ones.
Click to expand...
Ah, OK, I didn't know that. Makes sense -- I can see that it would sound better with the transformer bypassed.

christoph said:
Have you ever looked at the innards of an Apogee and a Maggie?
That lawsuit was ridiculously absurd
Click to expand...
I thought the lawsuit was over the true ribbon patent? Whatever it was, Magnepan won. Kind of hard to get around the patents, since Jim Winey pioneered both concepts and his patents are written pretty broadly.
Likes: Audiophile Bill

The physics of the driver is fundamentally different between planar magnetics like the Magnepan panels and true ribbons like Apogee and Magnepan's ribbon (not QR) tweeter. Magnet placement is different and a true ribbon is generally a much lighter membrane (typically foil, no mylar backing). They both have their pros and cons, natch... There used to be pictures on the Magnepan site and some description of the differences.

The Apogee transformer, especially the first one, is rather infamous but did transform (ahem) the load impedance to something most amps could drive. It has been ages since I heard an Apogee system; at the time (ca. 1980's), the amps I recall driving the low-Z models were Mark Levinson, Krell, a Threshold Stasis (though IIRC it was not happy about it), and one or two tube amplifiers designed or tweaked (modified) for the load.

I remember reading the patents and have (had) them filed, somewhere, but at that time I was a college kid and barely followed the legal case. There was also a little buzz with a couple of the ESL manufacturers regarding Apogee's and/or Magnepan's advertising, I think, but again not sure what if anything became of it.

I lived with my Maggies from ~1979 until maybe late 1990's before storing them as Life and Work took over and I had little time to listen. I resurrected them around 2008/2009 in my main system after we finished our basement, adding a quartet of MC-1's and a CC3 to supplement by old but still working MG-IIIa's. Still have them, but changed to a Revel system a few years ago as my "last" system. We'll see... There are things about the Maggies I miss, but the Revels do well enough for me that I've not been tempted to bring them back (or upgrade). Of course, with the kids out of the house, less fear of a hand or toy going through the screens... Still, grandkids, maybe, someday.

On-topic: In years of working at a dealer and as tech, then as simply a customer, that sort of service seems very un-Maggie-like. Certainly I don't know the whole story, but it sounds like things got out of hand and communication just wasn't what it should have been. There were times in the past when Magnepan had assembly problems and was slow to respond to customer complaints, but most of the time they offered outstanding customer service and demanded the same of their dealers.

FWIWFM - Don
Don
"After silence, that which best expresses the inexpressible, is music" - Aldous Huxley
Don's Technical Articles on WBF
Likes: the sound of Tao 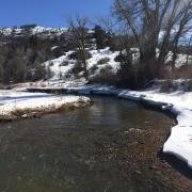 josh358 said:
I thought the lawsuit was over the true ribbon patent? Whatever it was, Magnepan won. Kind of hard to get around the patents, since Jim Winey pioneered both concepts and his patents are written pretty broadly.
Click to expand...
IIRC , the lawsuit was with regard to the bass element. There was no judgement issued. Settlement was reached between the parties many years later.
Wilson Audio

I just did a Google search and some sources said it was the bass element, some said it was the tweeter. I do know that Jim Winey said at some point that he regretted the time he'd put into fighting the patent case.

Also, I read some years ago online a post by a former Apogee employee who said that it wasn't the patent case that put Apogee out of business, but (my memory is failing here) either the high cost of making the Grand or the high rate of in-warranty ribbon failures, or maybe both. That last has something to do with why Magnepan never made a commercial midrange ribbon -- I discussed that with Mark Winey once and he said that midrange ribbons suffer from metal fatigue. They achieved ribbon-like performance in the new midrange of the 30.7 using different techniques, which they aren't talking about.

josh358 said:
I just did a Google search and some sources said it was the bass element, some said it was the tweeter. I do know that Jim Winey said at some point that he regretted the time he'd put into fighting the patent case...
Click to expand...
I worked for one of the largest Magnepan dealers who was also one of the first 3 Apogee dealers at the time. 'twas the bass panel.
Wilson Audio
Likes: Number9, NorthStar, Jim Smith and 1 other person

metaphacts said:
I worked for one of the largest Magnepan dealers who was also one of the first 3 Apogee dealers at the time. 'twas the bass panel.
Click to expand...
Settled, then! Thanks.
D

NorthStar said:
The OP got his money back ($22,000); that's all it truly counts. ...Like Christian said yesterday.
A brand new day in the search of a brand new speaker ...
Click to expand...
Yup!
Likes: NorthStar

christoph said:
Have you ever looked at the innards of an Apogee and a Maggie?
Yes I have. What is your point?
That lawsuit was ridiculously absurd
Click to expand...
And Ultimately successful.
Be civil to all, sociable to many, familiar with few, friendly to one, and enemy to none.
Benjamin Franklin
Likes: josh358
You must log in or register to reply here.
Share: Facebook Twitter Google+ Reddit Pinterest Tumblr WhatsApp Email Link