You are using an out of date browser. It may not display this or other websites correctly.
You should upgrade or use an alternative browser.
K

I continue to find Interstellar as one of my favorite soundtracks:

Last of the Mohicans is an all time classic as well:

for soundtracks with rock songs - Garden State is my all time favorite:

and High Fidelity isn't too shabby:

and who can forget Guardians of the Galaxy Mixtape!

KeithR said:
for soundtracks with rock songs - Garden State is my all time favorite:

Garden State's sound track is amazing. Introduced a new generation to the music of Nick Drake.

Toggle signature
Be civil to all, sociable to many, familiar with few, friendly to one, and enemy to none.
Benjamin Franklin
{Let}...the error of opinion be tolerated... Thomas Jefferson

I really like the film score of The Shape of Water.

The music scores in films, for me, are the glue to the cinematography.
It's a character in the film, a supreme character.


It can be ultra grandiose, it can be super subtle, it can take over the cradle of our most remote contentment...movie magic.
Toggle signature
All the Very Best, - Bob --------- "And it stoned me to my soul" - Van Morrison --------- AudiophileAudition
G

Ennio Morricone is on my top list of film music composers. 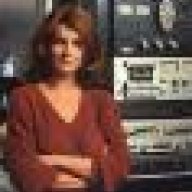 The reviews and reports of great soundtracks get nary a notice in WBF. Here is an WSJ editorial today by Terry Teachout that I thought was worth a read. (Terry Teachout is my favorite drama/music critic and has been for over 30 years. His music insights are unparalleled). By coincidence, I just bought a bunch of Bernard Hermann LP's.

Bernard Herrmann, Beyond Hitchcock
Though the film composer is best known for scoring suspense classics like ‘Psycho’ and ‘Vertigo,’ his work for directors such as Orson Welles, Nicholas Ray and Martin Scorsese is equally fine. 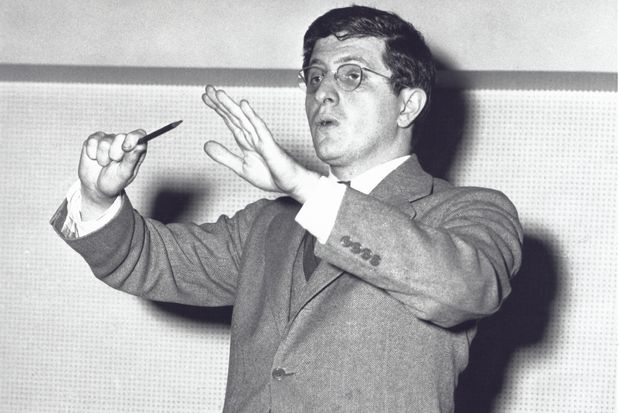 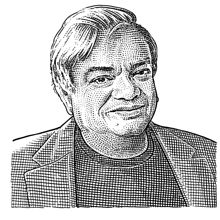 Bernard Herrmann is by common consent the greatest of all film composers—but one whose name is firmly attached to the work of a single director. Between 1955 and 1964, he scored seven films for Alfred Hitchcock, and it is those scores for which he is best known, in part because most of the films that they accompany are now regarded as cinematic masterpieces. When Benjamin Millipied recently directed “Dance of Dreams,” a film featuring the San Francisco Ballet whose setting and subject are the company’s hometown, he accompanied it with the “Scene d’amour” cue from “Vertigo,” the 1958 Hitchcock film in which James Stewart wanders the streets of the city looking for his lost love. It was—as they say—a natural.
Yet Herrmann, proud though he was of his collaboration with Hitchcock, was quick to point out that there was more to him than “North by Northwest,” “Psycho” and “Vertigo.” He scored 40 feature films for other directors, including such masters of the art as Joseph L. Mankiewicz, Nicholas Ray, Martin Scorsese, François Truffaut, Robert Wise, Orson Welles and Fred Zinnemann, working on every kind of movie from science fiction to widescreen westerns. He also wrote music for hundreds of radio and TV shows, most notably Welles’s notorious radio version of “The War of the Worlds” and Rod Serling’s “Walking Distance,” the most moving of all “Twilight Zone” episodes. Nor did Herrmann save his best for Hitch: He would be regarded as a film composer of the very first rank even if he and the master of cinematic suspense had never met.
It’s impossible to do more than deal summarily with the subject of Herrmann-without-Hitchcock in this space, but here are seven of his best scores for other directors:
• “Citizen Kane” (1941). For the most part, Herrmann’s first film score doesn’t sound much like his later work—the short cues and “stingers” have more in common with the music he wrote for Welles’s radio shows—but the dramatic “Rosebud” theme heard at the beginning and end of the film points the way to future developments, and the score as a whole helps to knit the complex plot together tightly.

• “Hangover Square” (1945). Herrmann wrote a complete one-movement piano concerto for John Brahm’s thriller about a psychotic Edwardian-era composer. Its dark harmonies are so arresting that when Stephen Sondheim saw the film as a teenager, it made a lifelong impression on him—one that paid off when he wrote “Sweeney Todd,” which he called “my homage to Bernard Herrmann.”

• “The Ghost and Mrs. Muir” (1947). Beneath his crusty exterior, Herrmann was an unabashed romantic, which is nowhere more evident than in the music he wrote for Mankiewicz’s fantasy about a widow (Gene Tierney) who rents a seaside house that is haunted by the ghost of a touchy, irascible ship’s captain (Rex Harrison). Charming as the film is, it’s Herrmann’s tender score, which is redolent of the nearby sea, that gives it a touch of poetry.
• “On Dangerous Ground” (1951). If I could preserve only one Herrmann-scored film, it might well be this one, a Ray-directed film noir about a burned-out big-city cop (Robert Ryan) who goes upstate to work on a case and meets a blind woman (Ida Lupino) and her mentally disturbed younger brother (Sumner Williams). From the hard-hitting inner-city scenes to the piercing moment when Ryan realizes that Lupino is blind, it is full of occasions for music that evokes the widest possible gamut of emotions, and Herrmann, as always, was equal to the task.
• “Cape Fear” (1962). Herrmann’s score for J. Lee Thompson’s shocker about a revenge-crazed ex-con (Robert Mitchum) who goes after the lawyer (Gregory Peck) who put him behind bars has all the impact of “Psycho,” heightened still further by the explosive use of French horns in the main-title cue. It’s as scary as the film—and that’s saying something.
• “Fahrenheit 451” (1966). Herrmann himself recalled with typical forthrightness his collaboration with Truffaut on the film version of Ray Bradbury’s dystopian novel about a future society in which all books are banned: “I felt that the music of the next century would revert to a great lyrical simplicity….In their music they would want something of simple nudity, of great elegance and simplicity. So I said, ‘If I do your picture, that’s the kind of score I want to write—strings, harps, and a few percussion instruments. I’m not interested in all this whoopee stuff that goes on being called the music of the future. I think that’s the music of the past.’” The result was a magical score whose slowly shifting harmonies (a Herrmann trademark) are heartbreakingly poignant.
• “Taxi Driver” (1976). Herrmann needed help to finish his last score, recorded on the day before his death—Christopher Palmer composed the familiar saxophone theme, since Herrmann had no experience writing jazz—but the music for the climactic scene, a shooting match that leaves Robert De Niro and Harvey Keitel drenched in their own blood, is all his own and adds immeasurably to the scene’s apocalyptic effect.
—Mr. Teachout, the Journal’s drama critic, is the author of “Satchmo at the Waldorf.” Write to him at tteachout@wsj.com. 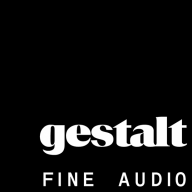 I would love to have the 2-CD 28-track version of this soundtrack.... but quite pricey used.
Reactions: KeithR
D

Interstellar is a great soundtrack. I only have the CD but have considered the expanded 24/44 files.
Last edited: Aug 27, 2020
N

Blade Runner has to be considered, a great album period regardless of being a soundtrack
You must log in or register to reply here.

Have you discovered any musician or composer this year?

Blu-ray Audio / What is it good for, and for who?

Stephen Stills' Love the One Your With