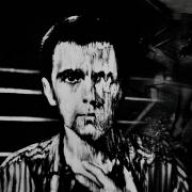 tima said:
Three Grails - which model do you have?
Click to expand...
I returned the Grail after an in-home demo. It was the unbalanced version. 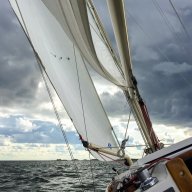 I bought a set of SPODS footers for my Magico Q3 speakers about six weeks ago from my local dealer, Goodwin's High End. They are well made and quite robust. Considerably more substantial than are the stock footers. My results are consistent with what others have written. I was making a lot of changes to my system at the time, so I did not do a serious direct comparison over time with the stock footers. However, I will say that I noticed an immediate improvement in bass articulation, and overall clarity to the sound upon installing them. Not artificial, hifi sounding, or enhanced in any way, just a cleaner, more natural sound. I would not describe it as more focused per se, because that implies imaging or a tightening of the sound in a uniform way. Loose bass strings, background instruments, layering, all remained, but the timbre seemed to become more accurate. I think the sound just became slightly less distorted.

I heard only improvements and noticed no areas in which the sound worsened. Sound quality just went up a notch. It is fairly difficult to describe. They seem expensive for what they are, but the improvement in sound is similar to making a slight preamp upgrade or adding a less colored phono cable or power cord. The sound did not change much in character, it just became a bit cleaner and easier to hear into the music.

I would have liked some instructions and a user manual. Installation is fairly straight forward, but I would like to know for instance if the top should be snug against the bottom of the speaker. (I assume it should be). Also, do the nuts need to be tightened snuggly against the bottom of the constrained layers? I used a 3/4" wrench to turn the nut and raise each corner to level the speaker, but then I found that I could not loosen the nut to lock down the threaded spike, so I had to remove the spike section and with pliers loosen the nut, and then start the process all over again. This was difficult and a bit frustrating. It is also difficult to turn the spikes for leveling without the help of the tightened nut, so installation and leveling were not as easy as I had expected, especially tipping such a heavy speaker by oneself while adjusting the heights of the spikes for level.

I also think the SPODS settle over time as I noticed the sound improved a bit over the first few days as the quite heavy (250 lbs) Q3 cabinet seemed to compress the various layers of the footer. I say this because the whole assembly became tighter and more difficult to loosen and unscrew from the bottom of the cabinet a few days later. There are no moving parts once everything is locked down and under compression. These are extremely sturdy.

Anyway, a very worthwhile upgrade, IMO, for the Q3 speaker. The bottom photo shows the nut at the bottom of the spike where it remained until I figured out how to loosen it. These are one of many small improvements that I have made to the overall sound of my system over the last few months. 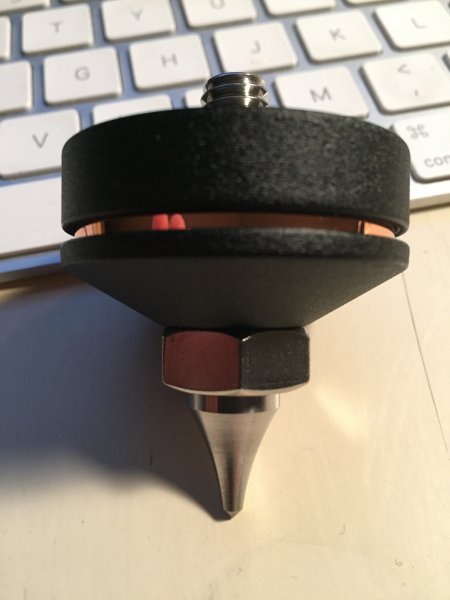 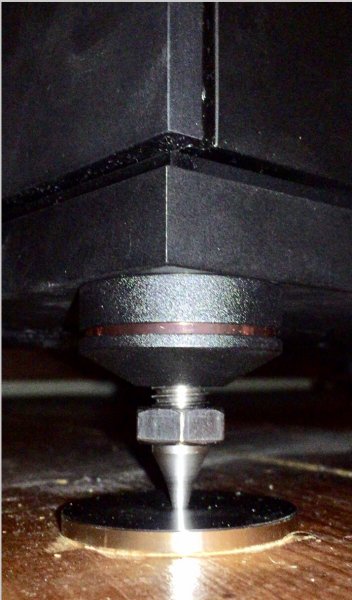